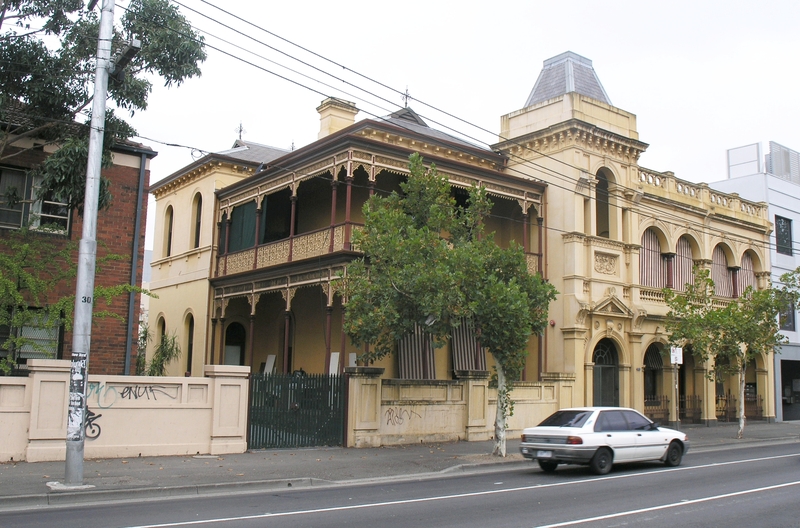 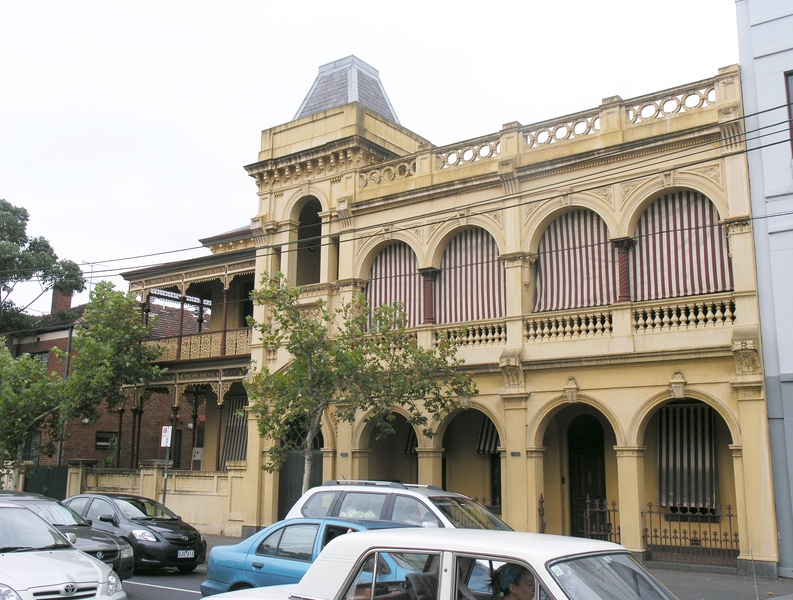 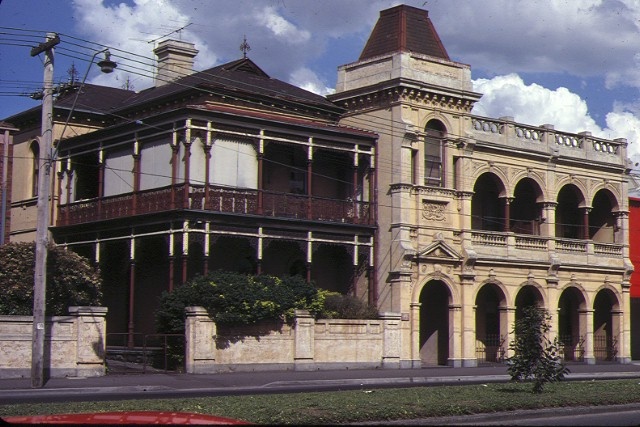 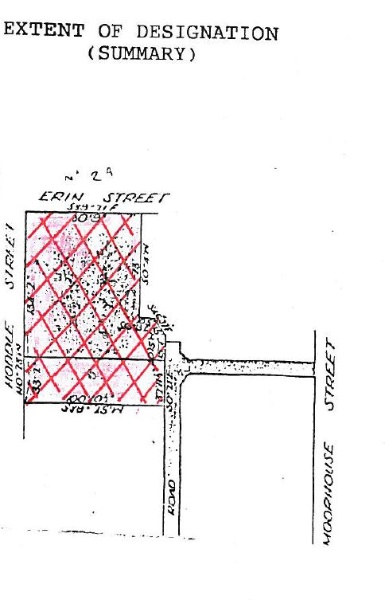 Urbrae is situated on land that was subdivided from William Highett's 1839 crown grant. Three allotments were purchased by James P. Lind, a photographer, who combined them to form the present site and erected a two storey single fronted house. The medical men Thomas, James and William Boyd purchased the property in 1898. By 1901 the existing pair of semi-detached houses had been established. The original house was converted into a double fronted two storey arcaded residence and attached to a two storey house with return verandahs and an impressive tower over the entrance. The arcaded Italian renaissance-derived style of the front elevation is believed to be the work of the architect JAB. Koch who worked extensively in Richmond. The integrity of the pair of houses is excellent. An early decorative scheme remains in the entrance hall of the house on the left.

Urbrae is of historical and architectural significance to the State of Victoria.

Urbrae is of historical significance as the residence of the Boyd family of noted medical practitioners. Dr Thomas Boyd was the government vaccinator while Dr William Boyd was an eminent pathologist. William lived here until his death in 1935. The substantial house provides some indication of the success of the family and of the social prominence of medical professionals in late 19th century Melbourne.

Urbrae is of historical significance as evidence of the process of suburban change during the 19th century. Richmond Hill, the location of Urbrae, became, like many elevated areas within Melbourne’s suburbs, the location for the houses of the wealthy, as the rest of Richmond became increasingly industrialised and inhabited by the working class. In the case of Urbrae, Lind’s original, modest house was converted to a more substantial residence, more befitting the location and respectability of its residents.

Urbrae is of architectural significance as an impressively sited (on the brow of Richmond Hill) late Victorian pair of semi-detached houses and for the quality of its Italian renaissance- style front elevation.